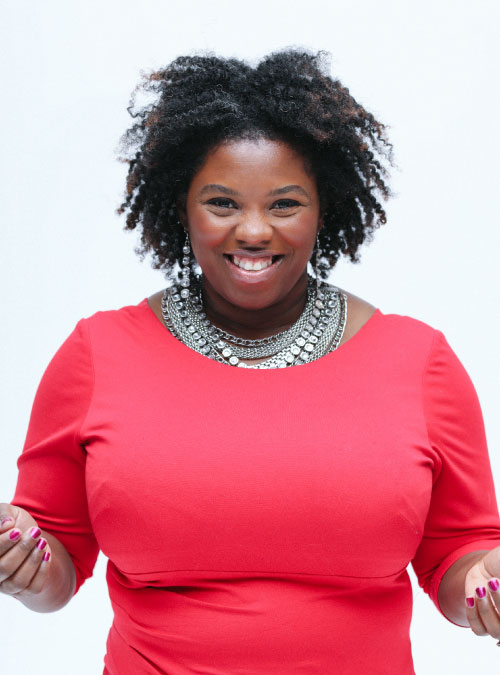 L. Joy Williams is a widely respected political strategist, entrepreneur, and media contributor with over a decade of experience in electoral politics, government, and community organizing and advocacy. She is the Founder & Principal Consultant of LJW Community Strategies, a boutique strategic advisory and community engagement firm that helps clients engage and communicate more effectively with their members, constituents, government institutions, and the general public. A sought-after political analyst, L. Joy is frequently featured on both local and national news outlets including MSNBC, NY1, BET, Pacifica Radio in New York and Los Angeles, and several other media outlets.

Widely recognized as a highly effective strategist, L. Joy has served in a variety of career-defining positions. She began her career in politics working on the McCall for Governor campaign in 2002, and since then L. Joy has served on a number of high-profile campaigns, including as a Campaign Manager for New York State Assembly Member Karim Camara; a GOTV Supervisor in Milwaukee, Wisconsin for the Kerry/Edwards 2004 Presidential campaign; the Election Supervisor for Pacifica Foundation/WBAI Radio in New York; and she has served as a Strategic Advisor to a number of elected officials and community leaders. She was also a Special Assistant to former New York City Council Speaker Gifford Miller and a Program Assistant at Demos, a nonpartisan public policy and advocacy organization. L. Joy also served as Deputy Director of Community Relations for then–New York City Comptroller Bill Thompson. She went on to become Thompson’s Political Director in his 2009 mayoral campaign. Peers and mentors alike applauded her invaluable contributions during the challenging campaign.

The origin of L. Joy’s volunteer work as well as her public service can be traced to her family: she comes from a long line of pastors who were prominent stakeholders in their communities. L. Joy was taught the importance of being actively engaged in social justice issues at an early age. From high school, through her college years at Hofstra University, and into her adult life, she has always been a problem solver. In 2006, for example, she initiated Brooklyn Lives, an HIV/AIDS awareness project, after learning that Brooklyn was cited as the HIV/AIDS epicenter in New York City. Without hesitation, she established a highly successful program that dramatically increased HIV awareness, education, and testing for Brooklyn residents. In just a few weeks she moved elected officials, nonprofit and business leaders, media companies, and the community at large into action to combat the disease. She explained her commitment: “Although I was not personally affected by the HIV/AIDS epidemic, I felt compelled to make a difference in Brooklyn.”

True to her belief that a change in thinking and a change in behavior will lead to fundamental progress, L. Joy is constantly thinking of and developing new solutions to old problems. “We must embody the change we want to see in our communities,” she says. “My work as a consultant and my volunteerism are intricately tied to that belief.”