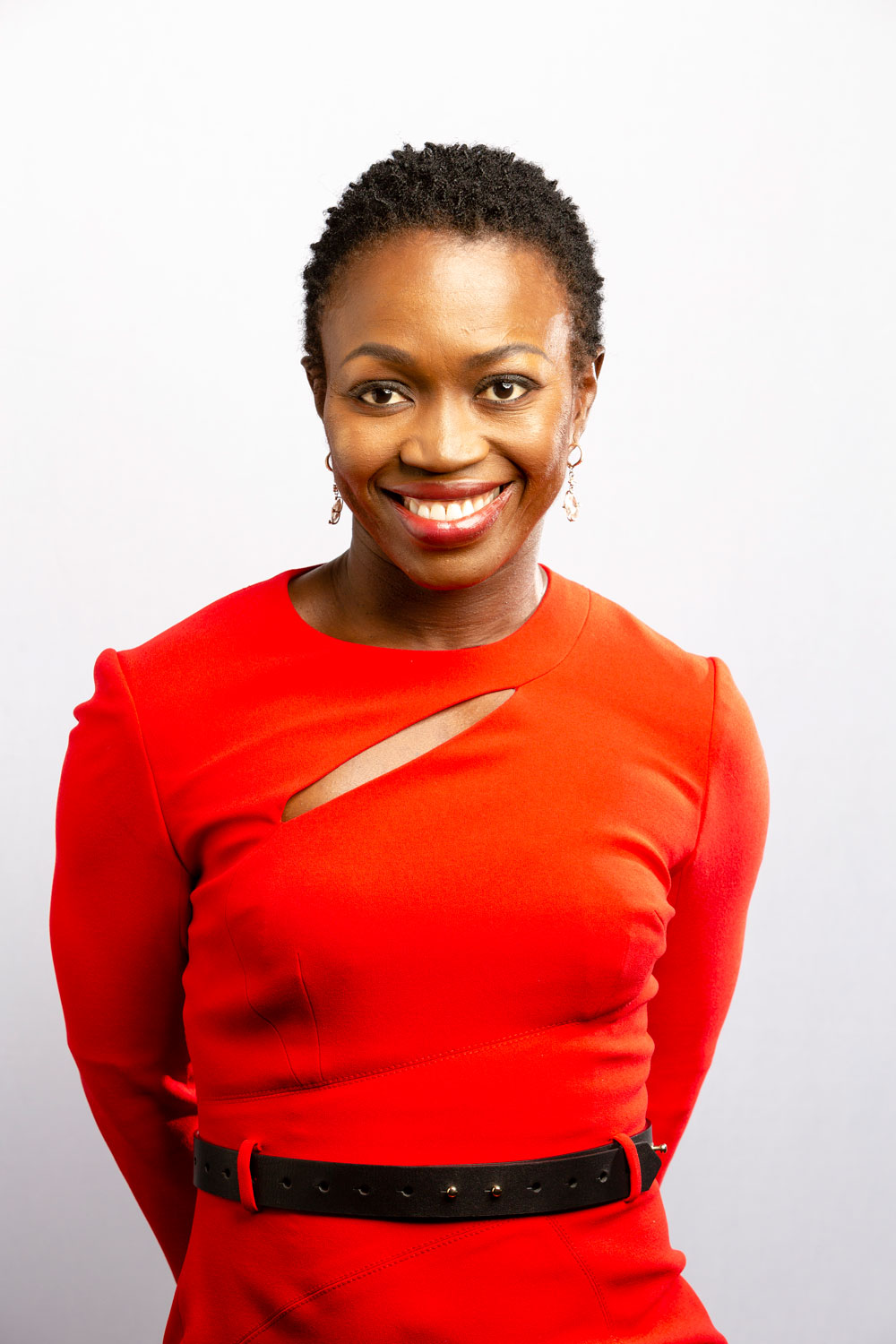 —Adenah Bayoh embodies the American dream. At age 13, she escaped the civil war in her native country of Liberia, immigrated to the United States and is now one of the most successful entrepreneurs in her home state of New Jersey.—
Adenah is the founder and CEO of Adenah Bayoh and Companies, which is the parent corporation that owns IHOP franchises in Paterson and Irvington, New Jersey and a real estate development portfolio with over $225 million dollars in urban redevelopment projects. Because of the success of her flagship IHOP in Irvington, she is the second largest employer in the Township. In 2017, Adenah launched Cornbread, her signature line of fast casual, farm-to-table, soul food restaurants, and she recently expanded nationally with the opening of Cornbread at a Walmart in the Pittsburgh area.

Adenah began her career as an entrepreneur at an early age. After attending a public high school in Newark, New Jersey and putting herself through Fairleigh Dickinson University, she secured a job in banking and began purchasing multifamily homes as investments. Following the financial success of these investments, she left her banking position to concentrate on building her own businesses focused on transforming and empowering disadvantaged communities.

Inspired by her grandmother, who owned a restaurant in Liberia, Adenah decided to use the profits generated from her real estate investments to open an IHOP in Irvington, New Jersey. After overcoming financial challenges, she cut the ribbon on her first location at age 27, making her one of the youngest IHOP franchisees in the country. In 2010, her location was the fastest-growing in the Northeast, and it remains one of the top grossing in the region. Adenah continues to build on her success; in January 2015, she was appointed to the prestigious Federal Reserve Bank of New York Advisory Council on Small Business and Agriculture. In December 2015, she was named to Ebony Magazine’s Power 100 list alongside such luminaries as Oscar winning actress Viola Davis and U.S. Attorney General Loretta Lynch.

After expanding her real estate holdings with the acquisition of larger sites, she decided to take the bold step of transitioning from buying, selling, and renting properties to full-scale real estate development. In 2012, she partnered with 2 other developers to purchase the former Irvington General Hospital site, which had been vacant for nearly a decade, and transform it into an unprecedented $200 million dollar residential and retail community.

Adenah is also philanthropically involved in the communities where she does business. At IHOP Irvington, she runs a free breakfast program for children under 12, and she hosts dinners for needy families during the holidays. In addition, she allows local nonprofit organizations to hold charitable events at both of her IHOP locations.

Adenah’s accomplishments have not gone unrecognized. She is a sought-after speaker by business, professional, and community organizations; universities; and women’s associations. Moreover, in March 2014, she was honored as one of the Top 50 Women in Business by the publication NJBIZ and was the cover story in its March 24th issue.

Adenah is a graduate of Fairleigh Dickinson University where she earned a degree in Business Management. Despite her numerous successes, her proudest achievement is being a mother to her 2 young children