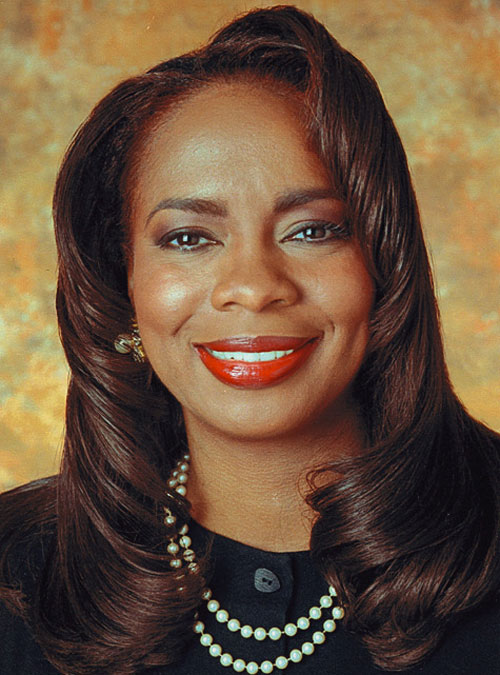 Joyce Harley is a trailblazing attorney with a distinguished and celebrated career in public service. An expert in state and local finance, community development, economic development, and public policy, she was the first woman to serve as the Essex County Administrator where she managed a $700 million budget. Joyce was also the first African American elected to the South Orange City Council where she subsequently served as mayor. Currently, Joyce is a lecturer at Yale University.

An honors graduate of Douglass College and Rutgers Law School, Joyce began her career in commercial banking at First Union Bank where she ascended to Director of Community Development, and then to Fleet Bank where she held the corporate title of Senior Vice President.

After spending several years in banking, Joyce transitioned to public service. She served as the head of LISC in New Jersey and as Executive Director of the Newark Downtown District, New Jersey’s largest Special Improvement District.

Joyce is a frequent guest lecturer and keynote speaker for educational, business, and civic organizations throughout the United States and abroad. In 2014, she delivered the keynote address at the National Council of Negro Women’s Harambee Breakfast. She also served as a panelist for the 2014 Congressional Black Caucus Legislative Conference where she outlined a plan of action to ensure greater participation by minority businesses in the multimillion dollar procurement opportunities offered by state and local governments.

Joyce has taught courses on Community Development and Leadership Development as an adjunct professor at Rutgers, The State University of New Jersey. She designed, developed, and taught 2 courses on The Harlem Renaissance for the Montclair Adult School. She is a frequently called upon instructor at the New Jersey Economic Development Authority’s Entrepreneurial Training Institute where she teaches small business owners how to develop successful business plans, effectively market their products and services, maximize their company’s upside potential while minimizing its downside risk, and gain access to capital. Joyce currently serves as a visiting associate at Rutgers University’s Eagleton Institute of Politics in New Brunswick, NJ.

Her lifetime of extraordinary achievement in academic, social, and business endeavors has earned her numerous awards and accolades. In 2008, she was inducted into the Rutgers University African American Alumni Alliance Hall of Fame. In 2009, she was invited to serve on the University’s Board of Trustees where she chaired the Committee on Buildings and Grounds. In April 2011, New Jersey Governor Chris Christie appointed Joyce to serve on the UMDNJ Advisory Committee to do a thorough analysis of the best way to deliver medical education in the State of New Jersey. She was the only woman and the only African American to serve on this influential committee.

Joyce was also honored as the Garden State Woman of the Year by Garden State Woman Magazine and recognized twice by the New Jersey State Legislature for her work in community and economic development in targeted urban areas in the state. Her proudest accomplishment was being named to the Southern Poverty Law Center’s Wall of Tolerance for her ongoing fight against hatred and intolerance.

Joyce is a past president of the Board of Trustees of the Newark Emergency Services for Families. She is a past president of The Association of Black Women Lawyers of New Jersey and the Montclair Alumnae Chapter of Delta Sigma Theta Sorority. In addition to serving as Parliamentarian, she chaired the National Trends & Services Committee for the Essex County Chapter of The Links, Inc. In June 2014, she was invited to serve on the National Economic Development Committee of the National Coalition of 100 Black Women, Inc.

She is a published author having written articles on neighborhood revitalization for “The New Jersey Banker” and articles on why and how African American women should run for public office in “NiaOnline.”