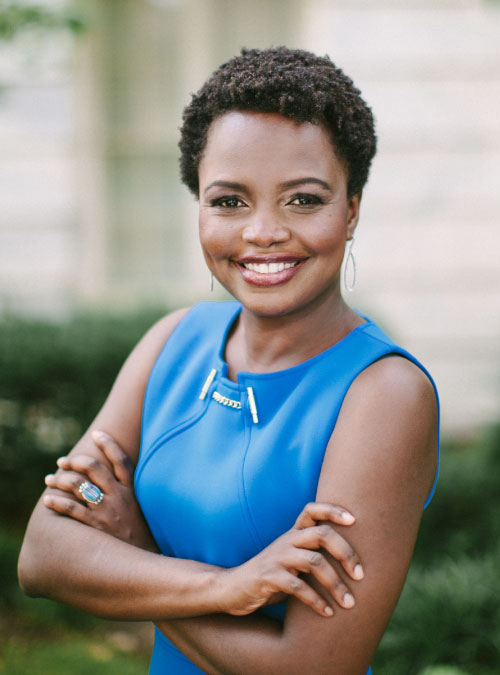 Karine Jean-Pierre’s professional experience has ranged widely from presidential campaigns to grassroots activism, to local politics, to working in the White House. Jean-Pierre is the Chief Public Affairs Officer for MoveOn.org and previously served as the Deputy Campaign Manager for Martin O’Malley for President. She also currently serves as a Political Analyst at NBC and MSNBC.

Prior to joining the O’Malley Campaign, in 2014 she was the Campaign Manager for ACLU’s Reproductive Freedom Initiative (RFI). Previously, she managed Tish James’ successful campaign for New York City Public Advocate.

Jean-Pierre worked on the Obama for America campaign in 2008 as the Southeast Regional Political Director; she served the John Edwards for President Campaign in the same capacity. She also served as the Regional Political Director for the White House Office of Political Affairs and in 2011, she was appointed as Deputy Battleground States Director for President Obama’s 2012 re-election campaign, managing the President’s political engagement in key states while leading the delegate selection and ballot access process.

Jean-Pierre’s interests demonstrate her concern for integrity and the human condition. In graduate school, she explored her Haitian roots through documentary film. Later, she worked at the Center for Community and Corporate Ethics and pushed major companies like Wal-Mart to change their business practices. While working in New York, Jean-Pierre served as Press Secretary to Congressman Anthony Weiner, Deputy Chief of Staff and she served as the Director of Legislative and Budget Affairs for two City Council Members respectively in the New York City Council.

Jean-Pierre joined the Columbia University faculty in 2014 where she teaches a course at the School of International and Public Affairs (SIPA). She received her MPA in 2003.